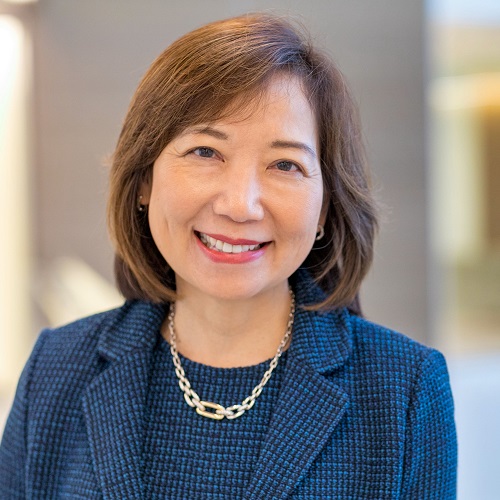 Sandy Leung is the Executive Vice President and General Counsel of Bristol-Myers Squibb Company. She leads the worldwide Law Department and is responsible for a wide range of legal areas including intellectual property, commercial and regulatory law, litigation, corporate governance, securities and transactions including licensing, acquisitions and divestitures. She also has responsibility for Compliance & Ethics, Environment, Health & Safety, Corporate Security and Corporate Philanthropy.

Sandy joined Bristol-Myers Squibb in 1992 as a staff attorney in the litigation department. She was promoted to positions of increasing responsibility and was elected Corporate Secretary in 1999. In September 2006, she was appointed Interim General Counsel. In February 2007, she was named General Counsel.

Sandy began her legal career as Assistant District Attorney at the Manhattan District Attorney’s Office in New York City where she was an original member of the Child Abuse Bureau. She ended her prosecutorial career, after trying more than 40 jury trials to verdict, as a member of the prestigious Homicide Investigations Unit where she conducted investigations on unsolved homicides linked with drug gang activity.

Sandy is a graduate of Tufts University and Boston College Law School.