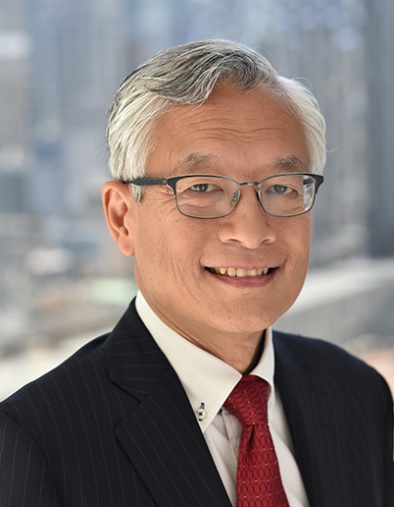 NEW YORK, Aug. 29, 2019 – The Asian American Bar Association of New York (AABANY) is proud to announce that Parkin Lee, Senior Vice President and Chief Legal Officer, Rockefeller Group, will be the recipient of the Norman Lau Kee Trailblazer Award at AABANY’s Tenth Annual Fall Conference on September 21, 2019, to be held at the Fordham University School of Law.

Named for Norman Lau Kee, a revered legal and community pillar of New York City’s Chinatown for decades, the Trailblazer Award honors an accomplished leader in the legal profession who is of Asian Pacific American (APA) descent or has demonstrated dedication to APA issues in the community. This award honors an individual who has carved a path for others to follow, served the community as a mentor and role model, and has made a lasting impact on the APA community through his or her dedication and commitment.

In 2008, Parkin Lee became the first APA Chief Legal Officer of the Rockefeller Group.  The Rockefeller Group, for more than 90 years, has been a leading developer, owner and operator of commercial real estate, including the iconic Rockefeller Center in New York City, with an eye towards not only economic value but of civic value as well.  As the Chief Legal Officer, and the final authority on legal matters, Parkin mentors, teaches, guides and shares his insight whenever he can. He led the legal team in the acquisition of majority stakes in TA Realty and Europa Capital, real estate investment management platforms based in Boston and London, respectively, with over $15 billion of AUM, and in the successful launch of the Rockefeller Group’s first US real estate private equity fund.

Prior to joining the Rockefeller Group, Parkin spent over 20 years working for the New York Life Insurance Company where he rose to head the legal team supporting the Corporate Securities Finance Group; his responsibilities over the years included investment management, distressed investments, restructurings and bankruptcies, mergers and acquisitions, derivatives, private equity, venture capital, insurance regulation, and real estate, where he headed the legal team for seven years (including the recession years of the early ‘90s). He also led New York Life’s first Asian Pacific American Employee Resource Group, which brought in speakers and sponsored cultural events. Parkin’s commitment to his career at both the Rockefeller Group and New York Life demonstrate his skills and acumen in corporate and real estate law.

Yet as experienced as he is, Parkin has admitted that the secret to his lengthy career has been his willingness to master new skills. During his career at New York Life, he rarely turned down the opportunity to address new challenges and experiences in his career. He became the person you go to if no one else was willing or capable. And, when he took on his current role as Chief Legal Officer of Rockefeller Group, he said “Several mentors reminded me how rare these opportunities are and that I could learn anything I didn’t already know. And they were right. It’s the same advice I give others I mentor. Don’t be afraid to stretch and try something new. If someone is asking you to do something, it’s because they believe in you.”

Outside of the Rockefeller Group, Parkin works tirelessly with organizations, such as NAPABA and AABANY, that aim to advance the careers of APA lawyers through mentoring programs, advocacy, scholarships and fellowships. Parkin is on the Leadership Advisory Committee of NAPABA, the Board of Directors for the NAPABA Law Foundation, the Advisory Committee for AABANY, and is Board Chair of AAAJ-Asian American Justice Center in Washington, DC — a testament to his dedicated and committed leadership among his peers and the Asian Amerian community.

“Parkin Lee is a pillar in the community, and his influence has helped develop the people around him. He instills confidence because he leads with confidence,” states AABANY President Brian Song. “He inspires because he was inspired by those before him. He is well-known, and more significantly, admired in the APA legal community. He has taught others to bring about positive change not only through his words but through his actions. As a trailblazer exemplifying the very definition of the word, AABANY is thrilled to honor Parkin with the Norman Lau Kee Trailblazer Award.”