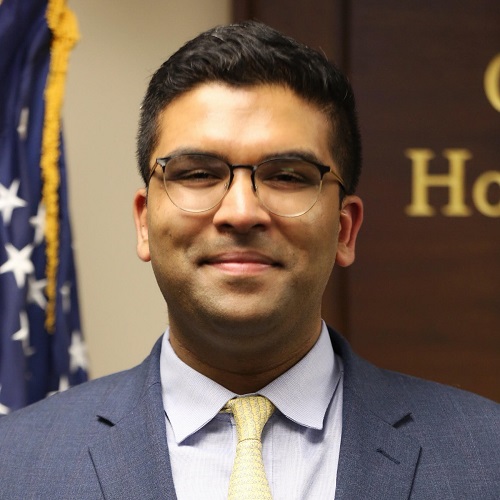 Can They Do That?: Congressional Oversight & Investigations

Sandeep Prasanna is a Counsel on the House Committee on Homeland Security for Chairman Bennie G. Thompson (D-MS), where he advances legislation and oversight on counterterrorism, national security, civil rights and civil liberties, privacy, and DHS intelligence and law enforcement functions. He is also an Adjunct Professor of Law at Georgetown University. Sandeep previously served as General Counsel to Sen. Bill Nelson (D-FL) and as a Legislative Aide on the Senate Judiciary Committee for Sen. Richard Blumenthal (DCT). Prior to coming to Capitol Hill, Sandeep worked as a legal fellow at the Robert F. Kennedy Center for Justice & Human Rights and wrote for The Economist on linguistics and language politics. He holds a J.D. and MPP from UCLA and an AB from Duke.