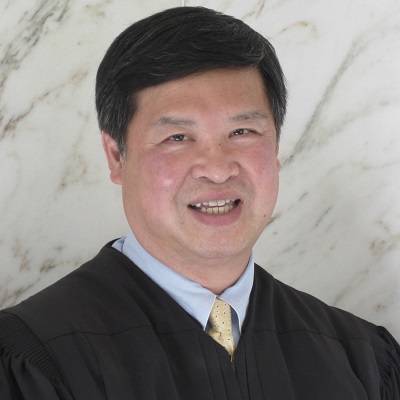 Denny Chin is a United States Circuit Judge for the Second Circuit Court of Appeals. Judge Chin graduated from Princeton University magna cum laude and received his law degree from Fordham Law School, where he was managing editor of the Law Review. After clerking for the Honorable Henry F. Werker, United States District Judge for the Southern District of New York, he was associated with the law firm Davis Polk & Wardwell LLP. He served as an Assistant United States Attorney in the Southern District of New York from 1982 until 1986, when he and two of his colleagues from the U.S. Attorney’s Office started a law firm, Campbell, Patrick & Chin. In 1990, he joined Vladeck, Waldman, Elias & Engelhard, P.C., where he specialized in labor and employment law. From September 13, 1994, through April 23, 2010, Judge Chin served as a United States District Judge for the Southern District of New York. Judge Chin has taught legal writing at Fordham Law School since 1986. While in private practice, he provided extensive pro bono representation to the Asian American Legal Defense and Education Fund.

He served as President of AABANY from January 1992 through January 1994. He has served on the boards of numerous non-profit organizations. Judge Chin was born in Hong Kong. He was the first Asian American appointed as United States District Judge outside the Ninth Circuit.